Before I get into what the Chak Phra Festival in Surat Thani is all about, I need to cover a few other important events/ceremonies that lead up to this festival.

Buddhist Lent Period – Vassa
The Buddhist monastic retreat observed primarily in Buddhist communities in Southeast Asia during the three-month monsoon period (rainy season) each year. Vassa begins on the first day of the waning moon of the eighth lunar month (usually in July) and ends on the full moon of the eleventh month (usually October). The first day of Thai Lent is referred to as Asalha Puja Day (or Commencement Day). This period may also be referred to as the “rains retreat.”

Other Thai celebrations held during this period are Thai Mothers Day (August 12) and Sart Thai Day (also known as Memorial day, September 23). Thai Mothers day pays respect to all Thai mothers and, in particular, the Queen of Thailand. Sart Thai Day is a celebration of the beginning of the harvest and is an opportunity to thank the deities for a successful harvest.

According to legend Ok Phansa also celebrates the Buddha‘s return to earth, after spending one Lent season, which is 3 month long, preaching in heaven. It also marks the end of the Lent period of retreat and the beginning of Krathin, the traditional time for presenting new robes and other essentials to monks at temples throughout the country. This ceremony must be completed within one month of the end of Buddhist lent and only one ceremony in a year.

Cloth Ceremony – Kathina
During Lent (roughly the rainy season in Thailand) monks could not travel. The monks stayed overnight in the same temple for three lunar months. The Kathina ceremony originates from the time of Buddha. The original ceremony was for a group of monks traveling to meet Lord Buddha. They were unable to completed their journey before the beginning of the rains retreat (Lent). At the end of Lent, they completed their journey. Their clothes had become soaked and dirty on their way to meet Lord Buddha. When Buddha saw their condition, he allowed lay people to offer the monks yellow robes. The tradition of presenting robes to monks continues today in the Kathina ceremony.

From a historical perspective the word Krathina has four meanings associated with it:

King Bhumibol Adulyadej Memorial Day – October 13
Another holiday that happens this weekend is the commemoration of the death of the late King of Thailand, Bhumibol Adulyadej. This national holiday in Thailand is held annually on 13 October. However, this year the 13th falls on a weekend day, so the holiday will be observed on the following Monday, 14th October 2019.

The Chak Phra Festival (งานชักพระ/Ngan Chak Phra), in the southern Thai province of Surat Thani, celebrates Buddha’s symbolic return to earth at the end of Buddhist Lent (ออกพรรษา/Ok Phansa). It is the most important festival in Surat Thani and lasts for 9 days and 9 nights. In 2019, the festival runs from 10 October – 18 October.

Stay tuned for more posts on this event over the next few days. 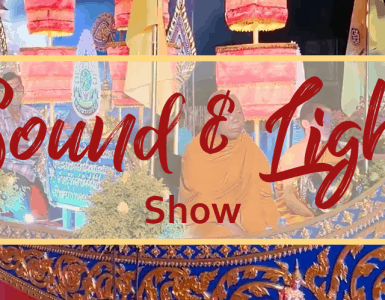 Saturday Evening (Sound & Light Show) | 12 October 2019 We ventured into the main part of town which was beautifully setup and decorated (along Tapi River and Naris Bridge). They had a large stage area along with a... 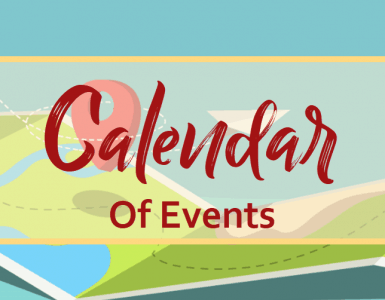 We came to this town festival sight unseen – no previous research, other than the hotel we reserved. So not only did we not really know where to go we had no idea of the schedule for all the various events. It’s...